After reading this article I think Nirbhaya Documentary ban was justified ! 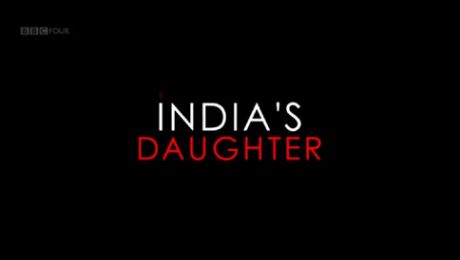 I think I can tell you exactly why! But first, let me tell you a story…

A couple of days back, I hired an Uber cab to go to a mall in Calcutta to meet some friends. The journey was about 40 minutes long and I was travelling alone. About 20 minutes into my journey, the driver asked me, “Madam, would you mind giving me a 5 star rating for this trip?”
I said, “No, I don’t mind. I will. But why do you ask suddenly?”

He replied with a sad, long face, “Madam, a few days back two lady passengers gave me extremely poor rating, dropping my rating to 2 stars.”
When I asked why, this is what he said..
“At around 11.30 PM, I picked up two lady passengers from Quest mall. They were both extremely drunk. One was falling over the other. They sat in the car and started talking about their personal stuff aloud. They were talking about things that made me uncomfortable as a man. But that was still okay. Then they opened up cans of beer and started smoking too. I warned them.. “unko bola, yeh sab nahi chalega gaadi me” but they did not listen.

At one point, it was enough for me. I asked them to stop immediately or I would call Uber office and get their accounts blocked. Then they got angry and started calling me idiot, stupid and what not. They cursed me in english too. (In his thick Bihari accent it sounded funny to an extent, but I saw him weigh his every single word and it made drop dead sense)

Then I asked him, “what did you do then?”
He said, “I made myself to drop them till their home. I did not want to. But still, I did.”

I’m sure you get the point of the story. That was my taste of a featured interview with an Indian man.

You ask why India is furious?? Here’s why –

On International Women’s day, the entire world is going to see a highly skewed picture of India and Indian men. Our men are not male chauvinists. They are supportive to women in equal measure. They are rational, responsible, sensible, protective and sensitive. We all know it, we all live and laugh with them. India’s daughters’ don’t give a fuck about what a rapist has to say about men, women and culture. They just want him to be hanged!

This is a very sensitive issue – the issue of rape. Hence, I will cut short my response within limits of reasoning and statistics, not allowing for any emotional bias.

Okay, so you all are justified in all of your concerns. I have them too.

I said the documentary presents a “highly skewed” picture of India and Indian mentality perpetuating rapes.
Some people said, “No! Indian men and their mentality alone are majorly responsible for rapes.”

I have nothing but some statistics to highlight here.

Guess which country is the rape capital of the world? It’s one of our fav. countries.I’ll tell you- it’s USA.

Source: www.more.com, India not ‘rape capital of the world’

Moreover,India with its sick mentality and chauvinist men seem to take the issue of rape pretty seriously. Here you go…

“According to the Guardian, just 7% of reported rapes in the U.K. resulted in convictions during 2011-12. In Sweden, the conviction rate is as low as 10%. France had a conviction rate of 25% in 2006. Poor India, a developing nation with countless challenges, managed an impressive 24.2% conviction rate in 2012. That’s thanks to the efforts of a lot of good people — police, lawyers, victims and their families — working heroically with limited resources.”

India features nowhere in the list of Top ten countries with highest rates(r/100,000) of rape.This statistic gives a clearer picture than if we see the total number of reported rapes, as the total goes higher with the population.

I would rather like to see few more documentaries along with this one, namely “USA’s daughters” and of course “UK’s daughters”.

Finally, about the ban.
Well, when my nation’s and half of its population’s image is dragged and stretched to fit stereotypes. I am certainly not okay.
BBC airs its shows on radio, TV and other mass reaching media outlets. Some of our countrymen unfortunately are not educated enough to debate and discuss like us. They might take it in a way which is unhealthy, hatred-prone and anti-social. Why take that risk when frankly the video gave us nothing new, except a rapist narrating his story as the voice of Indian mindset.
I support the ban. That’s my opinion. You all are free.

This would be my only edit as I see no point in stretching a sensitive issue beyond a respectable point.