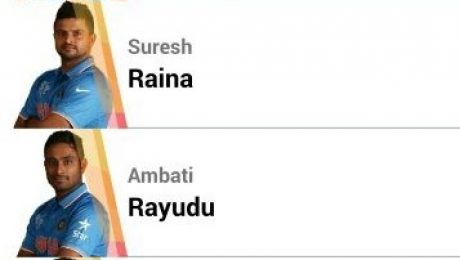 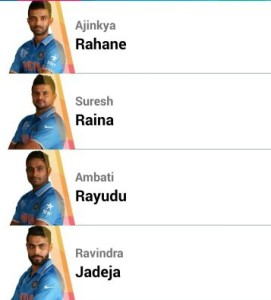 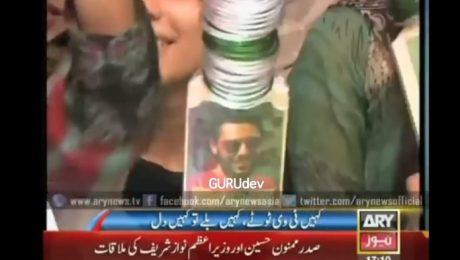 India Cricket Fans are the Best 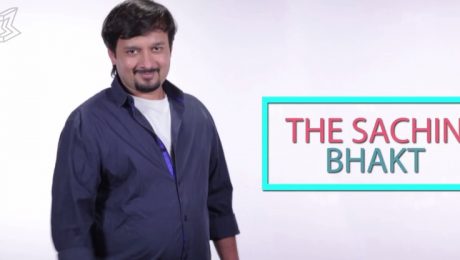 No Doubt That India Cricket Fans are the Best !!

There are various types of cricket fans we have in our country :-

1. Sachin Bhakt – For Him there is only one god and he is Sachin Ramesh Tendulkar and he cannot stand that anyone praises any other batsman infront of him.

2.The Purist – The one who sees the real factor and appreciates and has his own views. The one who knows all the facts

3. The Fanatic- The best fan and one who is always over ambitious and is pumped up for the game.

4.The Pretender – Like Most of the Indians who just pretends that he knows everything but doesn’t know shit about the game.

Saturday, 07 February 2015 by The Night Marketer 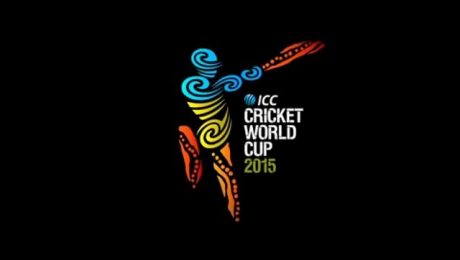 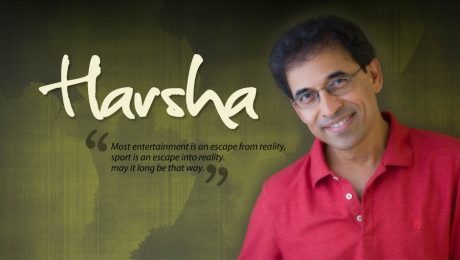 Ravi Shastri on Sachin getting 200 : “Gets it ! First man on the planet to reach 200 … And it’s the superman from India”

Chris Gayle was batting and every other ball was being hit for a boundary. At that moment Harsha Bhogle said, “6 and 4 seems to have become the new Binary Code for this man.”

Boycott: Sachin maybe a great batsman but he has never scored a century at Lord’s.
Harsha: So whose loss is it more, Sachin’s or the honors board’s?

In a match, Dravid left a ball alone while batting. To this Gavaskar,
who was commenting alongside Harsha was very impressed by the way he left
the ball. He went on appreciating that for a minute or so. After this
Harsha’s comment was,

“Sunny, you nearly got an orgasm of happiness, didn’t u!”
and then both burst out into laughter.

This was during Indian Team Tour in England in 2011.
Except Dravid every other Indian batsman was struggling. So he was also selected for T20.

That was his first and last T20 International match and he hit 3 consecutive sixes and Harsha said, “ask him to walk on water for his team and he will ask you how many kilometers!!”

Nasser Hussain: When can I see India playing in a football world cup?
Harsha Bhogle : Its better not to participate rather than getting knocked out in the first round.
Sourav: If India had played world cup football for 50 years, then they would have qualified one or two times for the finals unlike England.

When India Defeated Pakistan after they were required to make 102 runs of 54 balls and they did that with 17 balls remaining, Harsha Bhogle says
“India have won the match and here in the commentary room there is a very happy Ravi Shastri and pretending to be happy Ramiz Raja”

India Vs Australia Test series
When Michael Clarke was caught at slip off Kumble , he was still waiting for the decision even though it was crystal clear to the average viewer that it was out.
In reply, Harsha Bhogle said “I think he is waiting for tomorrow’s newspaper to declare him out”

Champions Trophy 2013 Final, Edgbaston, England
Background:- The match is nearly washed and finally reduced to 20 over a side. India has tremendous support in the crowd, with full more fans than the home team.
Michael Atherton:
It is England but India has more support in the stadium, and the pitch is completely assisting your spinners. Says a lot about our hospitality, right.
Harsha Bhogle:
Well.. we let you rule our nation for so many years. I believe that’s the least you can do for us.
Michael Atherton speechless!

Famous One liner by Siddhu-

“If Ajit Agarkar is an all-rounder, I’m Aishwarya Rai.”

This was Harsha bhogle on Malinga in IPL ,when he claimed a lot of wickets from yorker. He had just got another batsman on a yorker.
“It’s like calling up room service,hey I want a yorker, here you go sir!”

Here is a conversation from Harsha Bhogle , Saurav Ganguly and rahul Dravid . Its from England Vs India ’14. Its excerpt:

Dravid: I was just trying to figure out how many overs I gave to Ganguly and Sachin and maybe under-bowled Ganguly but Sachin has more test wickets.

Dravid: Sanjay Manjrekar made a really good point in the commentary box , if Ganguly had been a yard quicker and  just a little bit fitter he would have been a match-winner.

Ganguly: I wish I was the Prime Minister of India  and I could have done a whole lot of things.

Harsha: This is some serious sledging. C’mon Rahul don’t be the good-boy here.

Ganguly: Ask Rahul Dravid when he won the toss in Trent Bridge , england were going at 6 rpo who did he fall back to.

Rahul: I am absolutely not denying that, I just made the point that if Ganguly didn’t get tired after 5-6 overs I would have bowled him much longer spells.

Ganguly: I would request the production team to get the spell out and we need a judgement here.

Rahul: And the speeds as well
Ganguly: Bowled 10 overs in a trot 1 for 15, I have seen bias people but I have not seen as much
Harsha: One thing Rahul you have got to admit is that he knows his numbers.
Rahul: I’ve never doubted that, his numbers and numbers of any left handed batsman , Sourav knows.
Harsha: I think there is a reason he underbowled you because when you were the captain you made him keep wickets.
Rahul: Now Bhogle don’t needle.